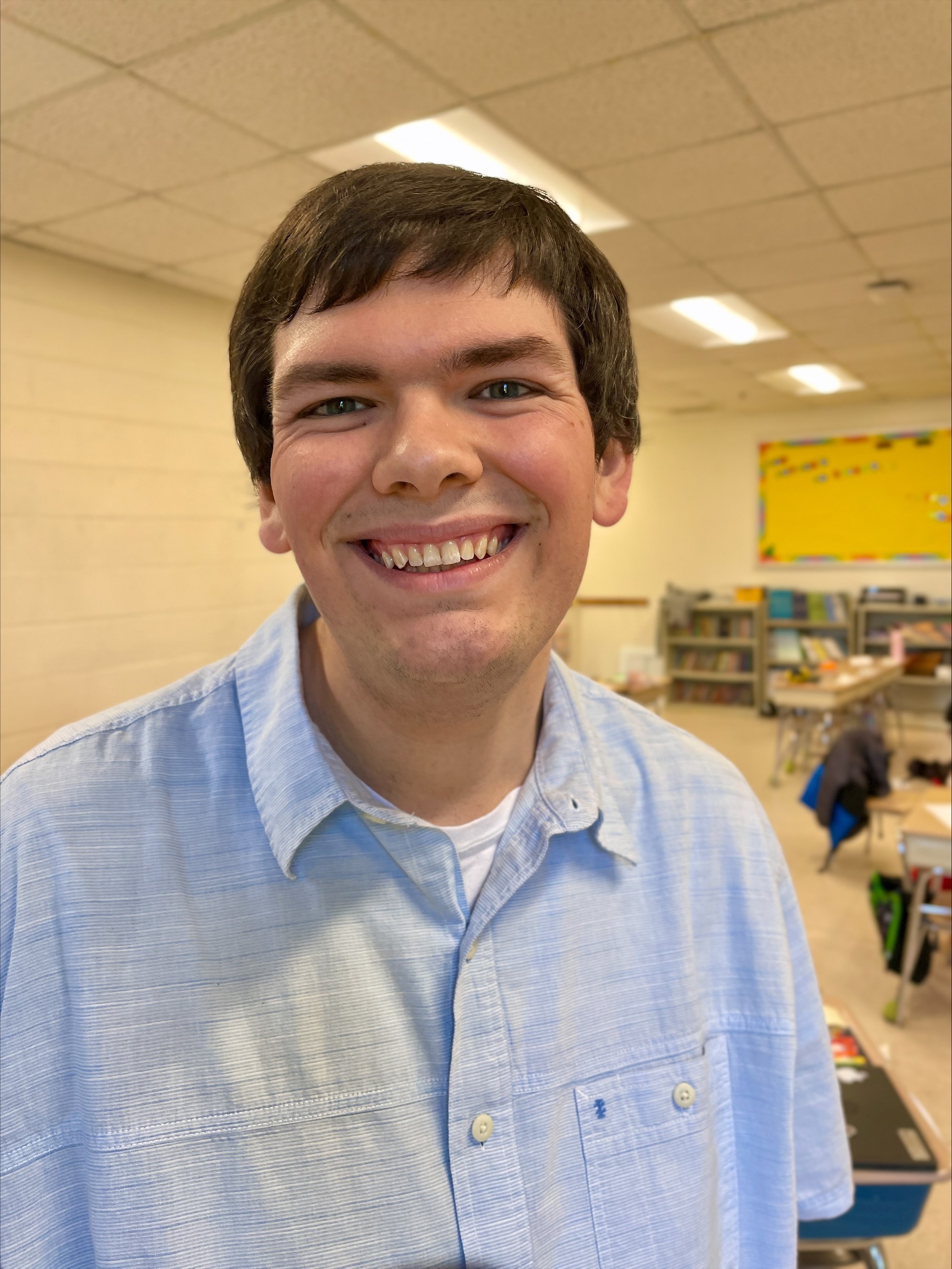 “Teaching is fun. It’s a very difficult job, but the joy is always there.”‍

Right out of high school, Eddie Vitcavage did not necessarily want to be a teacher. His parents were both teachers, so he was familiar with the field. He just wanted to do something else. So he pursued theater, working as a director in the tristate area near where he grew up in Connecticut.

But when the pandemic hit and theaters closed, Mr. Vitcavage felt a draw back to the family career path. He started substitute teaching. Learning to teach during a pandemic was frightening at first, but then he realized that he could be that safe, secure space that his students needed. “Even when things are dysfunctional, it’s a teacher’s job to make them functional,” he says. “Things are scary, but children need to know that we’re still learning and we’re going to be ok.”

Mr. Vitcavage attended an information session about the Relay teaching residency, and said that it “just felt right.” He is now finishing up his one year teaching residency with Relay Connecticut, on track to receive his certification. As a part of the program, he meets regularly with his Resident Advisor (a mentor teacher) and attends classes virtually three times a week, in addition to teaching 4th graders at Israel Putnam Elementary School in Meriden, Connecticut.

Mr. Vitcavage likes taking courses virtually, because it reminds him that he’s in a community with educators all over the state - that he’s not alone. He says that his Resident Advisor and Relay professors demonstrate insight, preparation, and dedication to the craft of teaching, all while championing teachers and modeling what they teach for how to support students.

This support helps him to focus on the moments of joy that happen so often in an elementary classroom - like when the students were learning about parallel lines using their arms, and a group of them wanted to show off how strong they were. Or when students literally bounce off the walls. “Every day is a new adventure!” he says. He especially loves teaching English Language Arts, helping students analyze what an author might be saying, using their “big brains.”

As  teacher, Mr. Vitcavage supports his students to see themselves as global citizens, as people who can make a difference in the world. He encourages them to talk with him about the big questions they have, especially at a time of so much upheaval and uncertainty. And now he sees himself as part of a larger purpose, too - by being there for his students, giving them what they need.

Thank you, Mr. Vitcavage, for all you do for your students and community!